How to get an internship and not fly out.

Let's start with how I got my internship at Justice IT. Now I am studying at the RCSI, and since the weakening of the covid restrictions in Rostov, offline hackathons began to take place, I was invited to one of them by my acquaintances from college. At that time, in fact, I knew only the theoretical foundations of HTML, CSS, JS, so it was a great opportunity to try myself in practice, since the team included guys with a year of experience in commercial development. At the end of that hackathon, I realized where I needed to improve my knowledge, and over the next two months I slowly studied and practiced JS. This was some background to how I started to prepare and prepare a resume for applying for an internship.

And so I saw a vacancy on React.js for an intern at Justice IT, which is located in Taganrog. In fact, this is very important for history, because at that time I was still attending full-time college and moving to another city had many pitfalls, such as visiting, and moving to another city alone for a full 8-hour internship - it is not so easy (so it seemed to me at that moment). In general, I applied for this vacancy, and I received an answer that they would like to interview me. Previously, they sent me materials that I must repeat or study. There was nothing supernatural, but I hesitated with things that I never used or never read. The question was whether it was necessary to study the material that I do not know or to go to the social security exam absolutely clean, only with the knowledge that was when applying for a vacancy. I can't give any advice on what and how to do, but I just read this material and was fully confident that in a day I would not forget it, in the end I forgot it. I had two interviews, and after the second I waited literally a couple of days. I received a letter that they are ready to take me. Then there were already technical issues: to agree on free attendance at the college and search for an apartment.

Let's move on to the internship itself. The first and probably the most important is the team, since I am a very social person and I need communication, the team has become the coolest option and feature of the internship. Of course, at first I was embarrassed to come up somewhere and distract me about how best to do it or how not to do it, but after the first code reviews this was no longer a big problem. I can say that when we passed the code review, such comments were in the direction of the code I wrote. But in general, it seemed to me that somewhere they even felt sorry for me and were not forced to redo some things, I don't know if it's good or bad, but code review is cool, and I would like it to be even more during my internship. ...

Since during the internship absolutely everyone who was in the office helped me, I do not want to single out someone specific, since everyone helped me to one degree or another. Probably, it is correct to say about the tasks, how quickly I completed them and how I was assessed. The first tasks were focused on the basics - this is layout, a regular form with validation, git. After each of them there was an interview with the team lead, where he asked about the things that I had to meet during these assignments. I can say that I did not complete these tasks quickly. Yes, I could be faster, but I saw that on average, these initial assignments were given 2 days, so there was no rush and I worked at a comfortable pace. The following tasks were aimed at creating an MVP, it was a simple site with registration, adding products to the cart and further calculating the price. At first glance, it is not very difficult, and in practice it is not so difficult, although there were a couple of nuances. At first I made the task so that all my data was stored in localStorage, however the next task assumed that I would write a small backend and so I had to rewrite all the logic on the front since I had not foreseen this. Since I did not initially think about the architecture, the application worked a little crookedly. After I submitted the application, they gave me a little feedback, according to which I realized that I was satisfied. In my opinion, about 80% of the knowledge that you will use in the future is covered during the internship. I'm sure it's a great practice to be given something that you will actually use. There is a cool roadmap that I checked, and I can say that during the internship I got acquainted with most of the mandatory things that are given in this roadmap (if anything, here is a link to it).

After the test, I was put on a real project. I can say that the biggest fear is not that you will not be able to cope with writing the code somewhere, but that you will not understand the project, or you will not understand the task that needs to be completed. This feeling passed only after communicating with the team. Thanks to Vita and Pasha, who explained what, how and where it should work. This is probably all I wanted to say about the technical part.

As I wrote at the very beginning, the most important part of the internship is the team and how you will be received there. Here I will write that Justice IT is the most wonderful team, because how I was accepted and how interns are generally accepted is a very cool case. It's just that at that moment I talked with the guys who, in parallel with me, went on an internship at Rostov companies, and there was no such attitude towards them as towards me. Firstly, there is no unnecessary pressure on you, almost everyone is ready to help you, if you ask, of course. After about a week, I already felt very comfortable coming to work, and after two there was a feeling that I had joined the team by 80%. The next 20% of percent, probably, came only after 2 months of work, and, probably, this is natural, since the most difficult moments are learned in the last percent.

I will describe a little more what I did and what it is better not to do. It's generally about how I feel about what an intern should do. If you come absolutely zero, then you definitely need to work more than 8 hours, this is not even a rule, you yourself will feel that you do not have enough knowledge in some areas and at home it will be much easier to figure out something new with a fresh mind ... And also do not forget to unload your head on weekends, often decisions come at a time when you are not sitting on a task for long hours, but when you relax a little. It seems to me that it looks like a dam that will explode at some point, only instead of water there will be thought-fuel for solving problems. 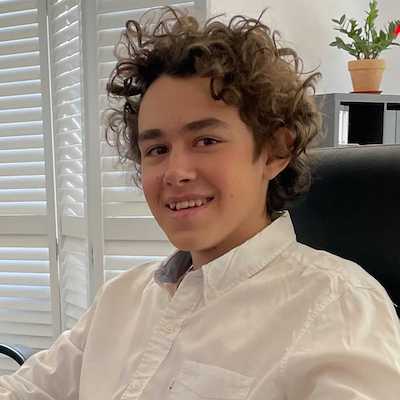